AGL follows a twice per year release cadence. This is split in 3-4 month of feature development plus a freezing process in stages.

The first stage is the core feature freeze, followed by RC1. Next is then the 2nd stage which is the platform freeze which feeds into RC2. Finally there is a apps/docs/tests freeze right before RC3. After final stabilization, the release will be cut. 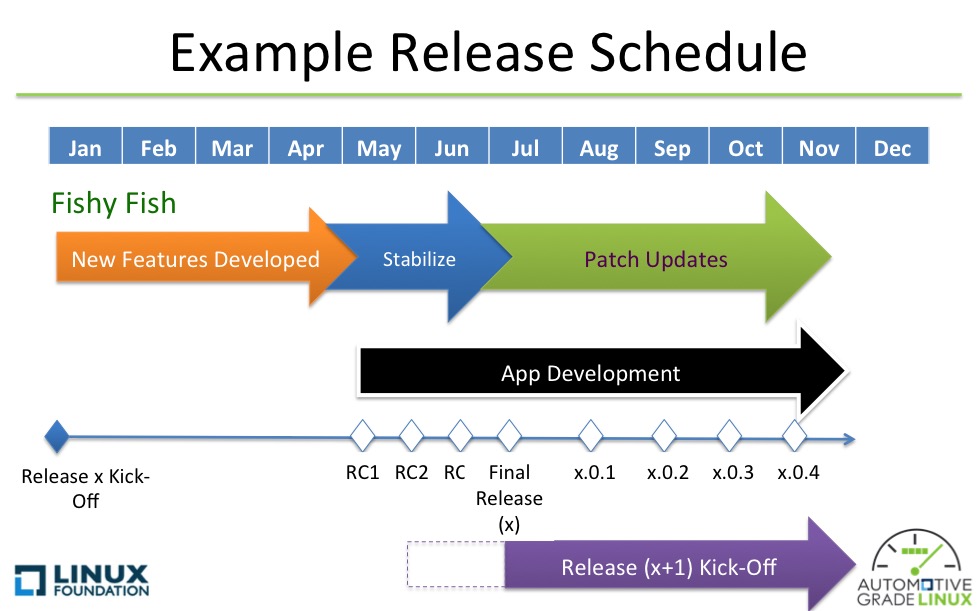 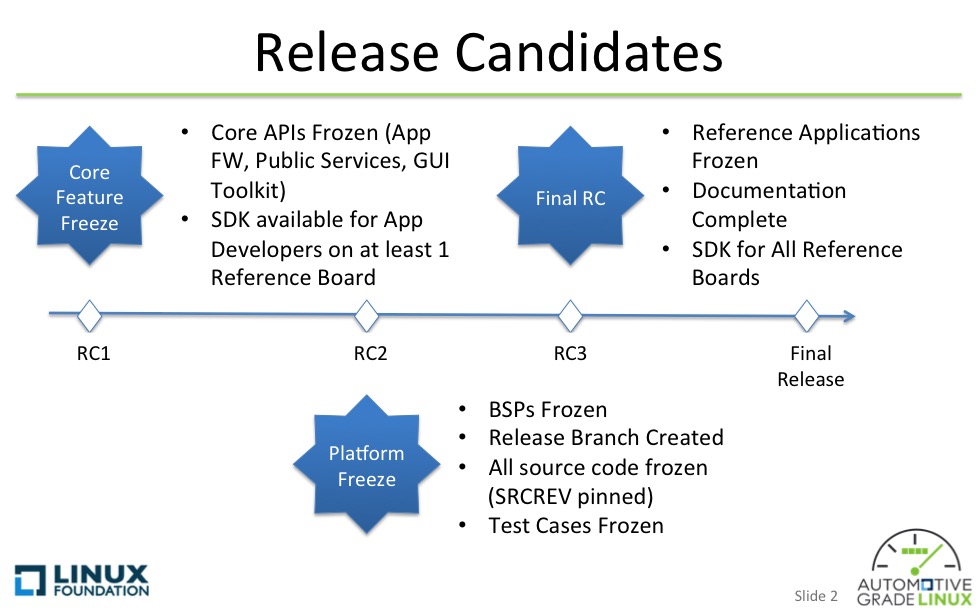 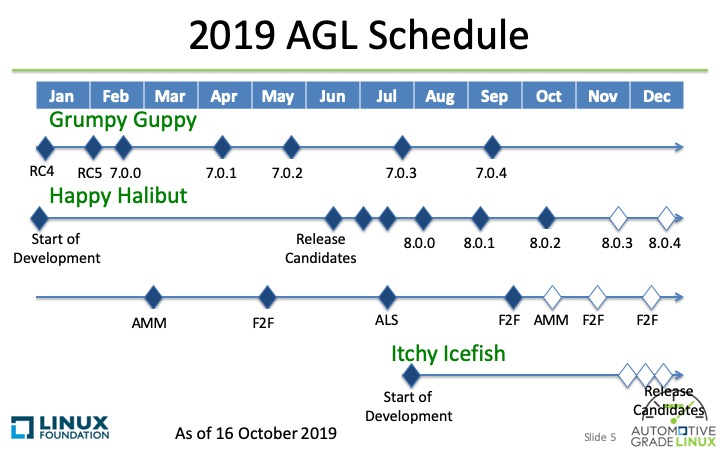 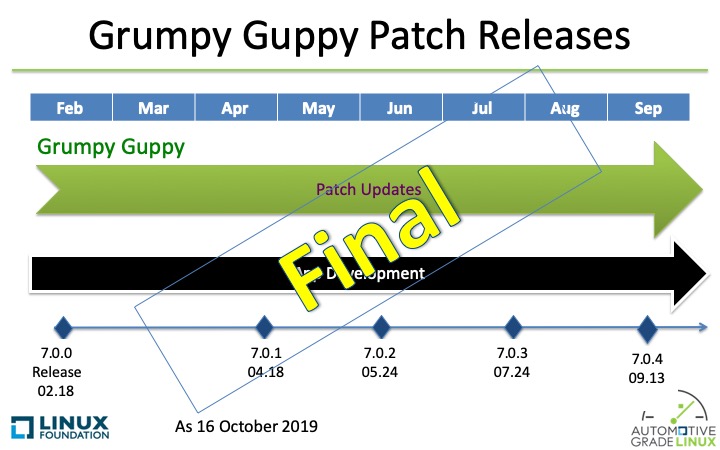 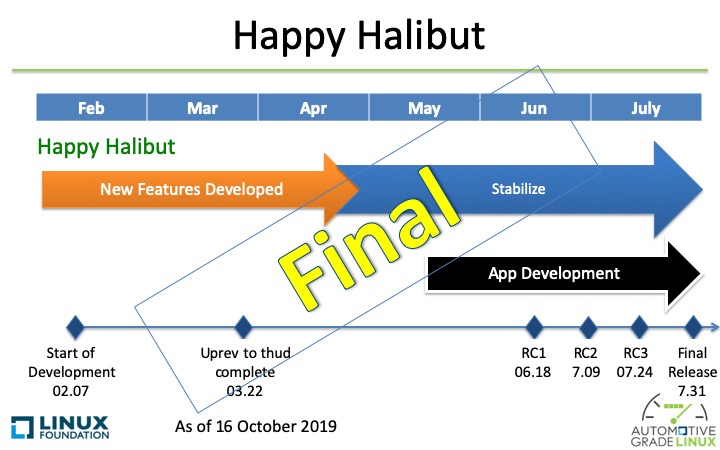 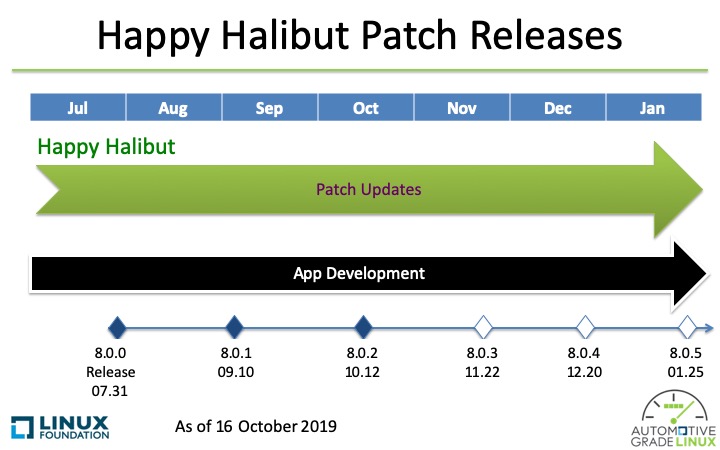 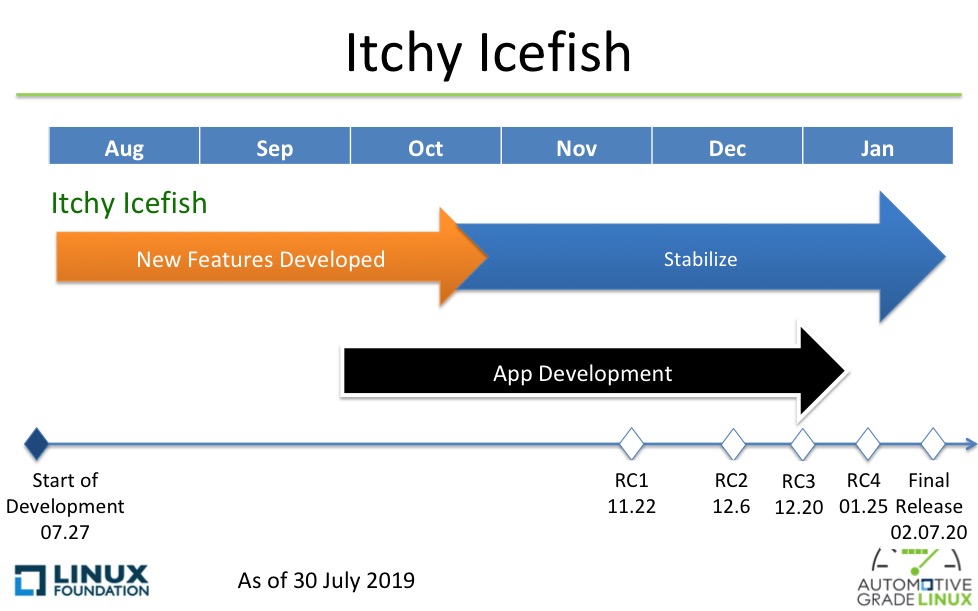