We are holding a face to face meeting from Nov 11 - 13 in Yokohama, Japan.

The goal of the meeting is to complete the applications that will be presented during CES using the AGL Agile Albacore release. In order to make rapid progress during the short time allotted, we would like to have developers familiar with the kernel, middleware, and app development.

In 2014 JLR created reference applications using Tizen IVI that ran on an Intel NUC. Earlier this year JLR did a port to Qt 5 for those apps. The port only covered the GUI and did not attempt to run the apps in the AGL environment, nor were they interfaced to the Tizen or AGL middleware. This workshop will take those applications and get them ported to run on AGL middleware on the Renesas Porter board and QEMU environments.

Presently a small team is working to get the apps building and running on the AGL distribution. During workshop we will connect the apps to the middleware and expand the apps in preparation for CES 2016.

Also, there is another LF event (Open Compliance Summit) will be happening at the same venue on Nov 10 & 11. If you are interested in participating to this event (on 10th), please sign up from here. http://events.linuxfoundation.org/events/open-compliance-summit

Off site participants can join us at: Google Hangout for the event

Detailed notes from the meeting are included in the pdf. Several photos of the white board were captured as well. agl_workshop_notes_2015_11_11.pdf

White Board drawing of overall demo architecture with details for HVAC 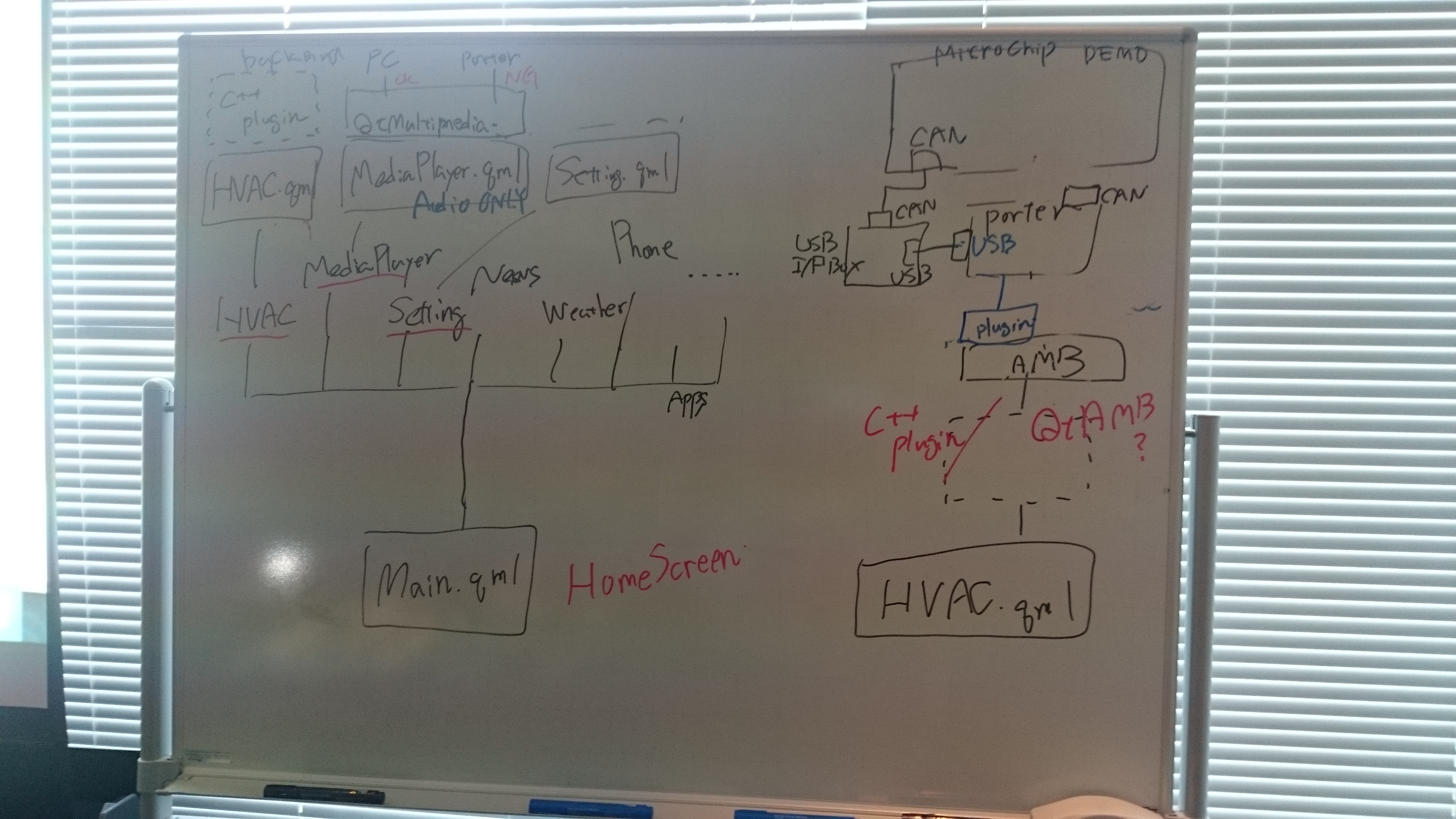 White Board drawing of HVAC details 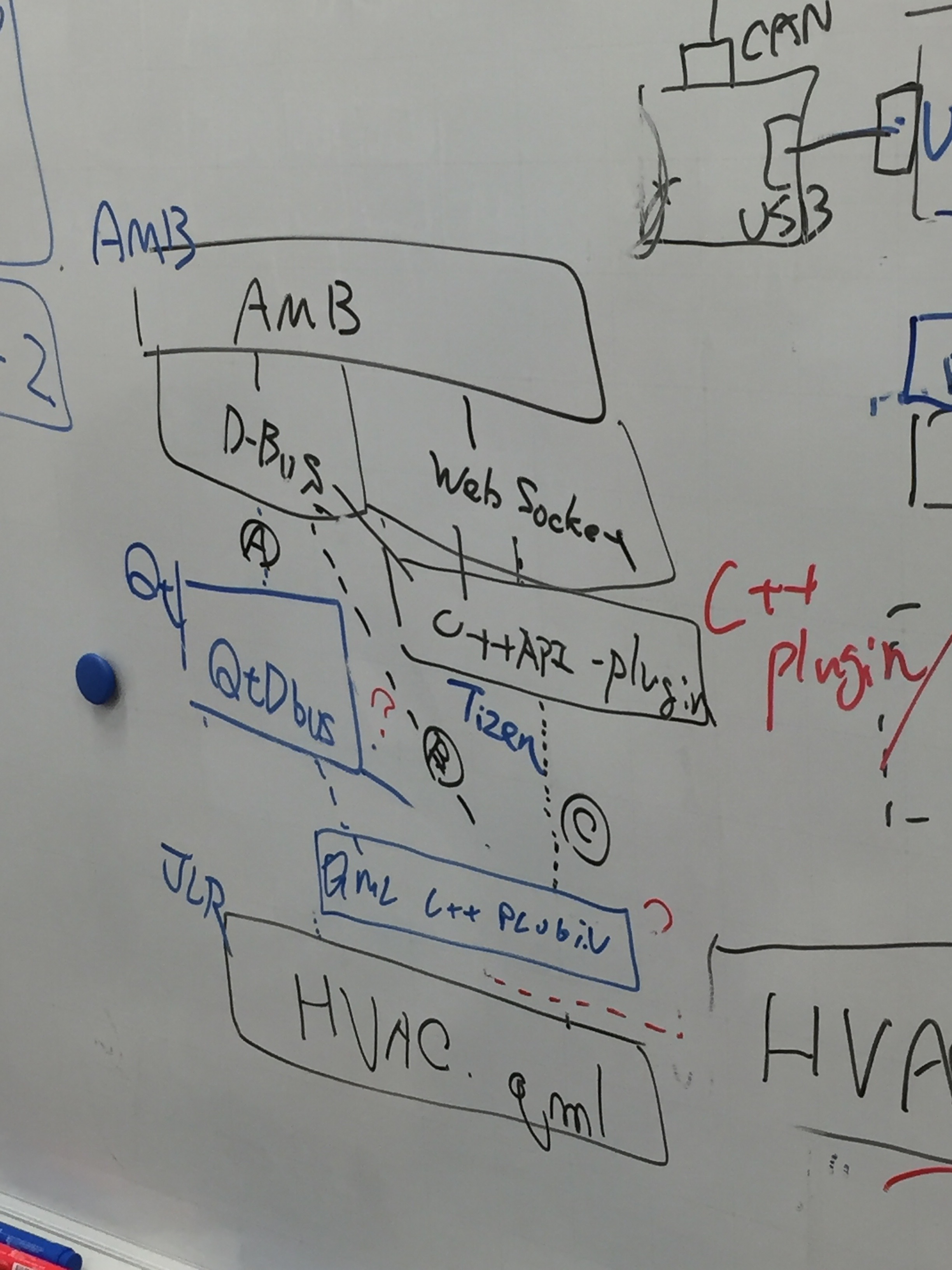 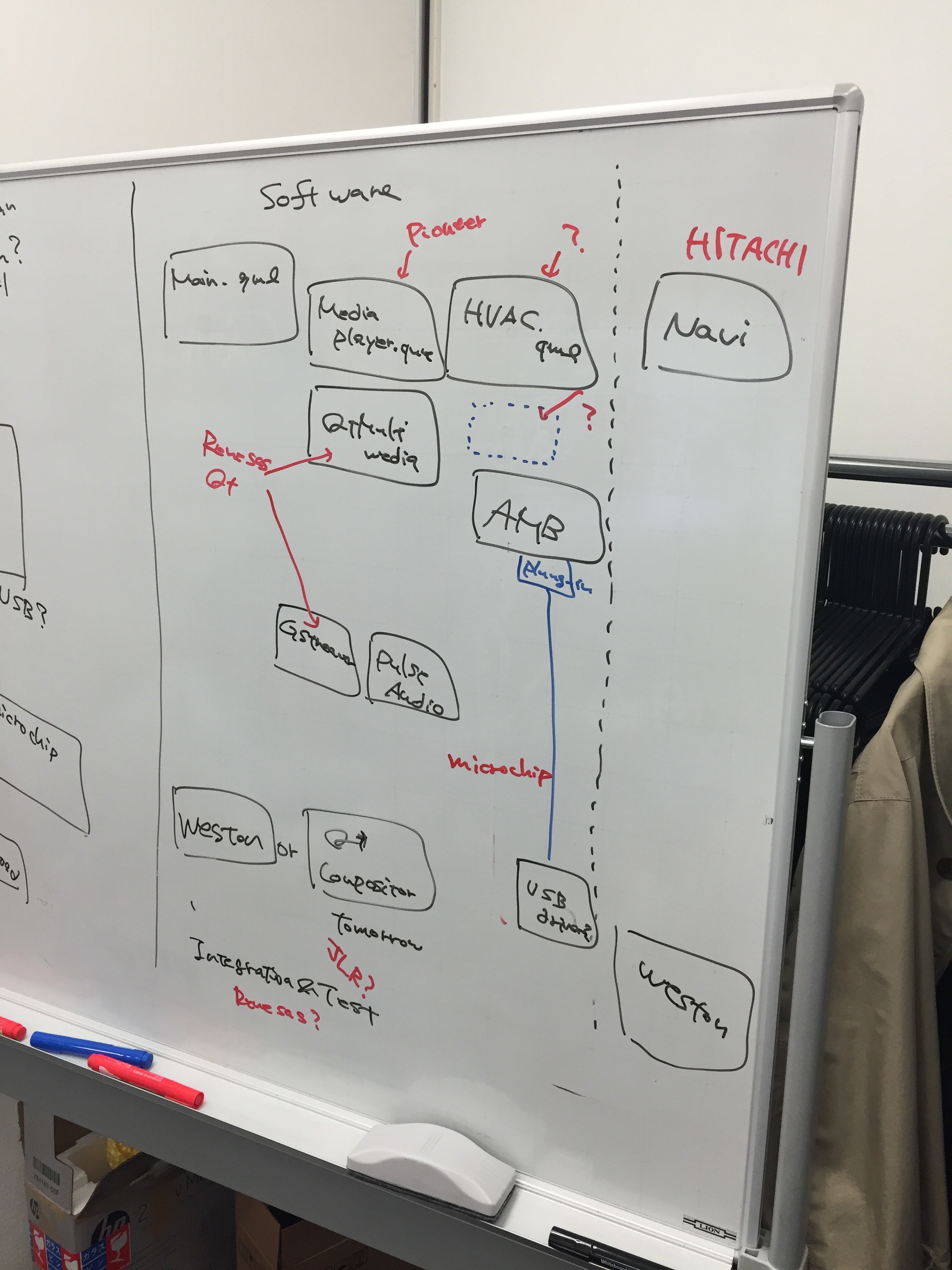 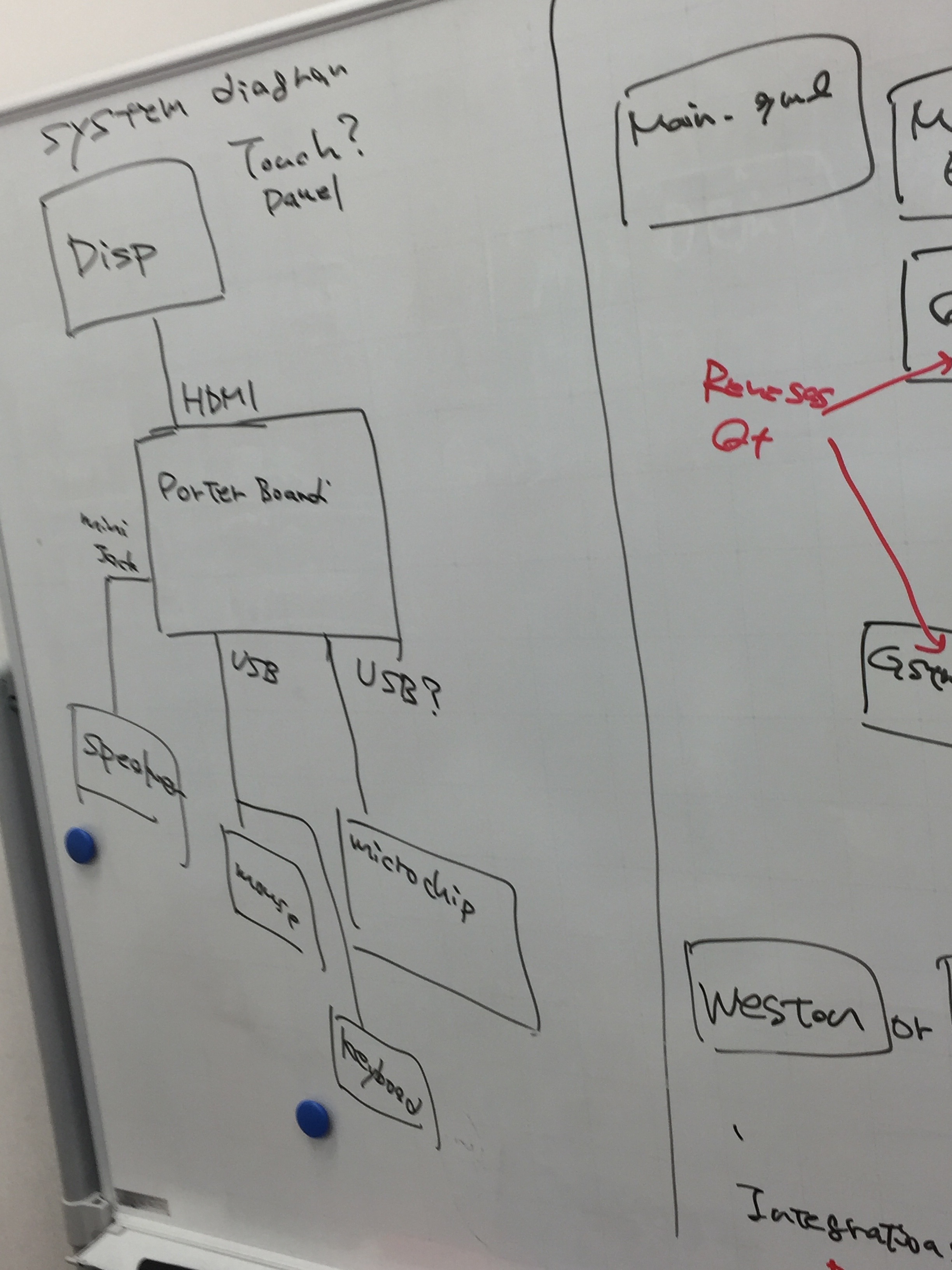